Jamie Roberts former lover of Ghanaian screen goddess, Yvonne Nelson and father of her daughter, has has been spotted being lovey-dovey with an unidentified woman.

It appears that there is no room for reconciliation between him and Yvonne as he has clearly moved to his next romantic affair.

In the photo, Jamie was seated next to an unidentified beautiful lady who is chocolate in complexion. The duo looked loved up as they goofed around. According to reports, the photo was taken in Los Angeles, Carlifonia. 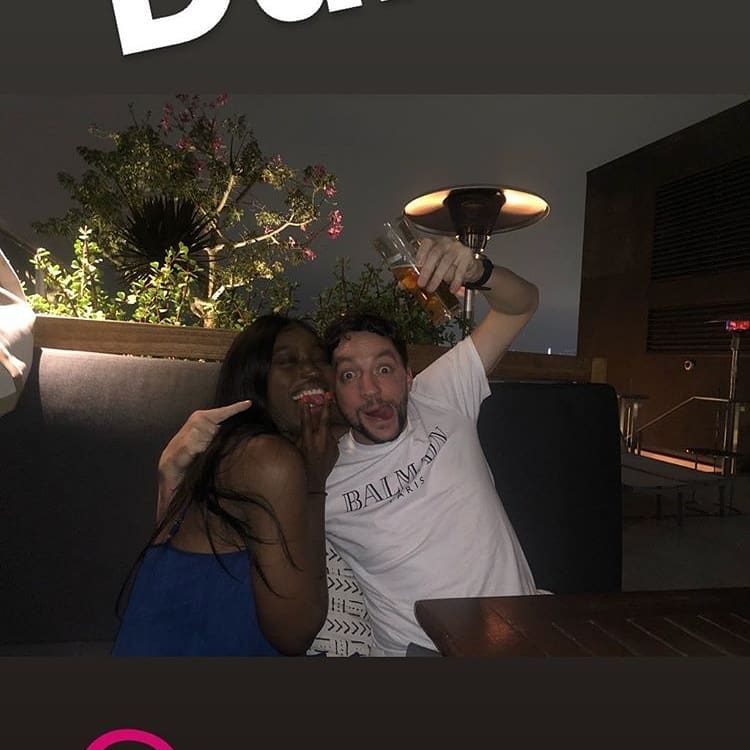 Fans of Yvonne Nelson are unpleased with the latest development as they had hoped that the two would settle their differences and reunite. It’s however obvious that the English photographer is no longer interested in the screen goddess.

One thing we’ve noticed is Jamie Roberts has a taste for the darker berries as he is known to have been romantically involved with several black women.