The Ambassador of Switzerland to Ghana with concurrent accreditation to Togo and Benin Philip Stalder has called on world leaders to use cultural differences to promote unity in diversity towards the attainment of global peace and stability.

His Excellency Philipp Stalder was speaking at the maiden Switzerland cultural event which saw the screening of a short documentary dubbed “Bounty” at the Alliance Francaise which highlights individual and cultural differences and the need to have an identity and be globally accepted regardless of one’s race or color.

The documentary “Bounty” throws light on the black and the swiss culture or by extension the Black and the White culture in the emergence of generation which has been witnessed for several years. In following the daily lives of Five people, a hybrid culture is revealed. The characters Bacary from Senegal and Jeffrey also from Ghana identify as Swiss, where by contrast Rili, a Nigerian claims his African roots. Winta also from Eritrea considers herself culturally mixed while her daughter Ayan born in Swiss think skin color doesn’t matter.

In an interaction with one of the main characters, the Ambassador of Swiss to Ghana said “It doesn’t matter where one is coming from or their skin type what matters is the human race and the need to respect human rights and be tolerant of each other to live in harmony’’.

According to him showcasing the Swiss culture in Ghana and other jurisdictions would help to promote people to people relations and get countries to understand each other. 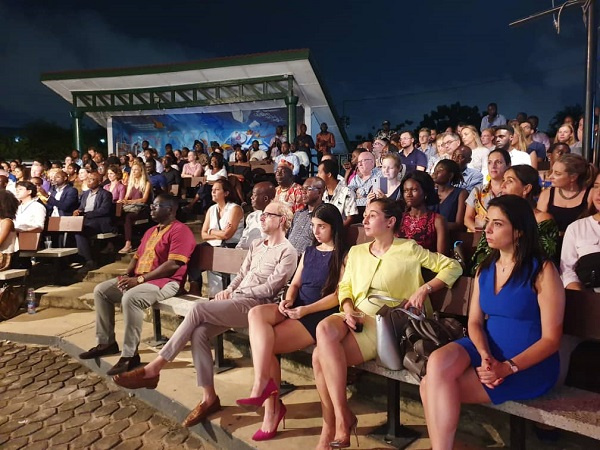 The screening of the documentary brought together some Ghanaian officials, the swiss community, Some Heads of the Diplomatic corps and friends of the embassy.