Every year- the electoral space in Ghana witnesses one occasion or the other. Processes that lead to the selection of both our parliamentarians and President for matter cannot be concluded without questions being raised about them.

Technically, an election in Ghana is always described as ‘peaceful and successful’ or ‘free and fair’ despite the usual hitches. For me, this is not only troubling for our democratic credentials but also showcases the country’s failure to deal with its everyday problems.

Why? These electoral setbacks are repetitive. They occur year after year and have been with us since the introduction of multi-party elections.

Over the years, the electoral body -the Electoral Commission (EC) has always admitted that there are cases of multiple registrations anytime the register is opened ahead of minor or major elections. Though some engage in the act out of ignorance, it is disheartening to note that majority also indulge in it deliberately. 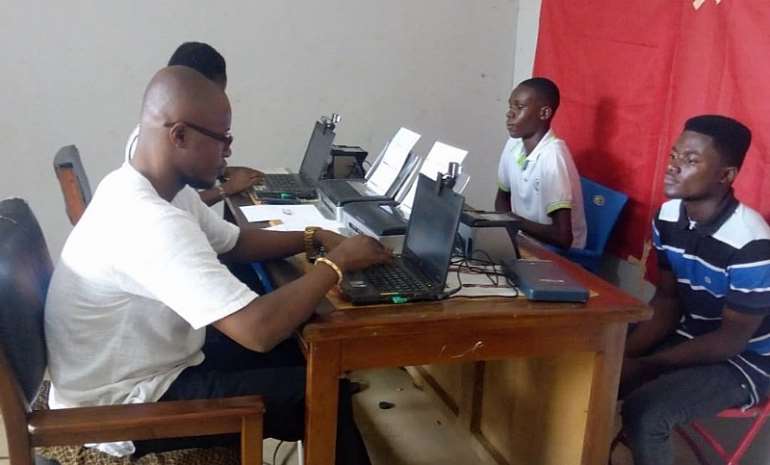 Pertinent issues like these brought about a major reform in the electoral process. In the 2012 elections for instance, the EC introduced the biometric voter register to capture the bio-data of all eligible voters except in special cases. This was expected to among other things nip double registration in the bud.

Many are also of the strongest conviction that, the register used in our elections is often inaccurate and must be rejected because it does not fully represent the voting population. Even with this, former EC Chair, Dr. Kwadwo Afari Gyan during his cross examination in the election petition case in 2012, downplayed any possibility of multiple registrations because of the use of the biometric register.

But, seven years down the line, here we are again talking about this same matter.

Prior to elections, it is not uncommon to see the EC use electronic and print media to sensitize the public on electoral irregularities, key amongst them being multiple registration.After spending those huge sums of monies on such media advertisement, the very acts which citizens are warned against occurs, reoccurs and the vicious cycle continues every electioneering period.

Having monitored the 2016 general elections closely, the then opposition party -the New Patriotic Party (NPP) strongly called for new voters’ register. Call it fears; it alleged that the register at that time was bloated given that fact that foreigners even had their names on the roll. In 2016, the EC claimed that 28,000 multiple names were recorded in limited registration.Fast forward to the 2019 limited voters’registration; the EC has discovered over 24,000 cases of multiple registrations of voters. We are now being told that those cited for engaging in the act are to be arraigned. What has taken us too long to consider this measure as a way of addressing the matter.

The EC at the time said that 2,096 multiple registrations as alleged by the NPP, represented a tiny 0.02% of the voter population of over 14 million and that that could not form the basis for an entirely new register. It also said, the magnitude of multiple registrations in the current register is very acceptable by any standard estimated at hundreds in the entire register of 14.8 million people.

From the background, does it mean our voters’ register has never had what it takes to promote transparent and credible elections? It is not as if the country does not have established procedures to tackle the canker. We as a people are tired of the EC’s lip service to rid the register of ineligible voters.

The weak institutional framework and the porous nature of our state agencies cannot be eliminated from the equation. In this very case, the Electoral Commission which sits at the center of all these is absolved from blame for this very ‘mess’ we find ourselves in. They have done absolutely nothing to curtail the problem.They may argue that public education has been massive to caution prospective voters against the menace. They will talk about technology and systems put in place to prevent this anomaly from happening overtime. 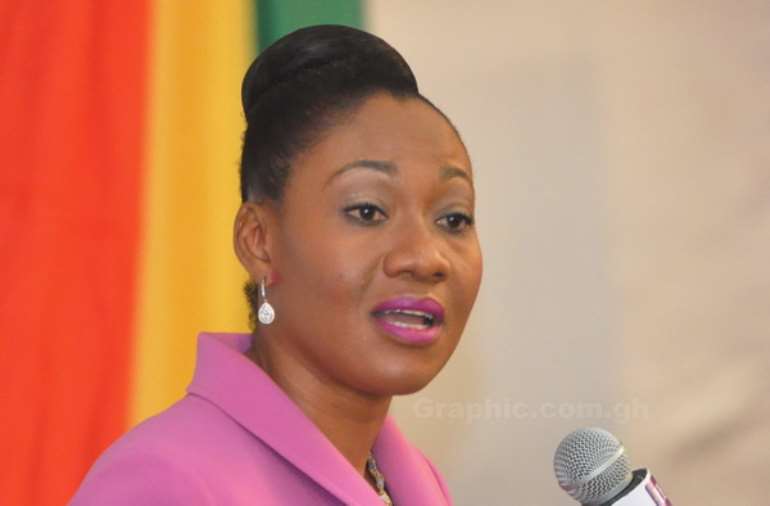 Without doubting the aforementioned, the EC must however take charge and be at forefront of the war. It appears to me that the EC just occasionally engages in self-pleasure by organizing press conferences to announce how some multiple registrants have been found at the end of every registration exercise. This has become what may be best described in journalism as ‘seasonal news’. The EC at the end of the presser, goes back to sleep, wakes up years later just to serve us with the same news but with the difference being the ‘increase in number’ of offenders. This is no longer funny.

Waking up the sleeping laws

The fundamental remedy then again, is getting perpetrators to face punitive actions. The law states clearly that persons who engage in this electoral misdemeanor are to face a jail term of up to two years and or probably be fined. Despite this provision, little is heard about such sanctions in the aftermath of this continuous detection of multiple registrants in the electoral roll.

The National Coordinator of the Coalition of Domestic Election Observers (CODEO), Albert Arhin, wants individuals who engage in multiple election registration severely punished to deter others from doing same.He believes this, coupled with public sensitization by the relevant electoral stakeholders will end the practice.

I constantly try to get my head around why and even how we have failed to crack the whip on offenders. Is it a case of creating a comfortable room for more of such developments?Perhaps, we need a specialized court for the prosecution of all electoral offences. If this is what will work for our dear country, then we may as well go for it.

The parties and their dirty politics

Obviously, this fight cannot be won without the support of the various political parties. The lack of ‘political will’ exhibited by the parties is causing the country more harm than good. When poltical actors are in opposition, they have eyes to see all the problems with the voters’ register even to the extent of gathering the courage to demand a proper scrutiny of same. When they are lucky to be voted into power, they suddenly go ‘blind’, sit on their own swords and do virtually nothing to fix what they said was ‘broken’. This only suggests to me, how hypocritical and sycophantic politicians are in and out of office. They do all the talks, but their own deeds expose them. They only seem concerned, bark in public but surprisingly, go behind the scenes and pull strings. 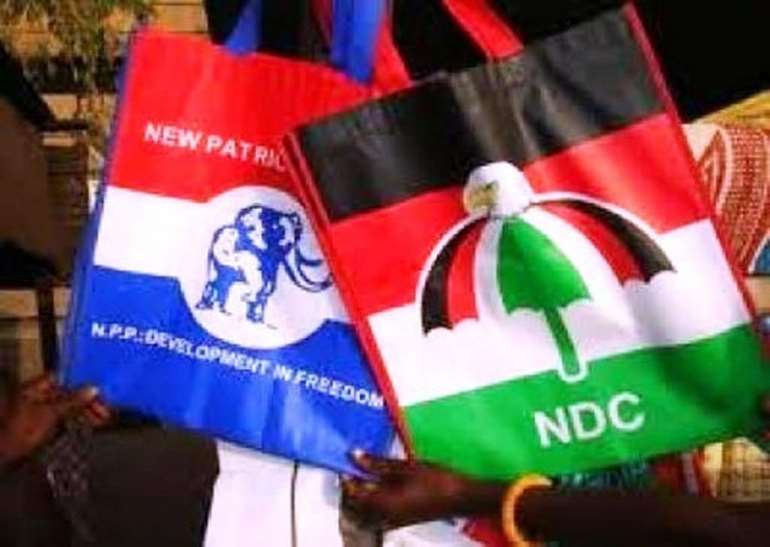 Even though the registration is directly under the supervision of the EC, the main mobilization point for these exercises is the political parties. Take their bus arrangement trick for instance. Without a robust and a trusted system, I doubt the politician will stop being a ‘politrician’.The phenomenon of multiple registration will definitely end when political parties see it as a fruitless venture to disregard electoral laws.

The commitment of all stakeholders; the EC’S registration officials, security agents, party agents, pressure groups, election observers and candidates must be felt. The Election Management stakeholders must all pitch in and do their parts. The Inter-Party Advisory Committee (IPAC) also has a role to play. These agencies must be collectivized in their efforts and ensure that they become accountable to one another.

At times, party agents literally sleep at the centers during the entire registration periods. It is only logical to assume that the political parties who are more interested in the kind of people captured in the register will likely be the individuals to superintend over such illegalities.

Shouldn’t a complete and credible register be dear to our heart?

With the beckoning of the 2020 general election, we cannot keep calm and just watch in awe. A problematic register is catalyst for a problematic election. The voters’ register is a critical component for the polls. It behoove all stakeholders not engage in acts that will undermine the credibility of our register and to a larger extent, our election.

Having said all these, there is also a high possibility that those who outwitted the system to register more than once will vote on Election Day.

When such multiple registrants and all others who beat the system with their nefarious election fraud go to the poll and exercise their franchise, people decide our leaders for us and this is obviously something Ghanaians should not be proud of. Let this remind ourselves that we cannot continue to toy with our democracy.

For me, till this electoral hurdle is cleared by punishing offenders to deter others from repeating this very mistake, we have to pave way for the compilation of a trusted and verifiable registration process.Until then, the EC and Ghana for that matter cannot boast of holding a free, fair and credible election. No way, that is just not real!

Shocker! Banker’s Wife Gets Pregnant For Lesson Teacher Hired By Her Husband For The Children