Following the recent ‘sex for grades’ scandal that has rocked some Universities in West Africa, a facebook user has detailed an experience she had with her University lecturer.

According to the lady who goes by Judith Juahia on Facebook her lecturer slept with for grades 2016 but still failed her for reasons best known to the lecturer. In retaliation she has leaked a photo of the said lecturer an owned up.

In the post, the lady who is a Kenyan lady pointed out clearly that she agreed to sleep with the lecturer in exchange for a better grade in her academics.

However, the lecturer gave her an “E” instead of “A” because “she did not allow him to ejaculate inside her”. 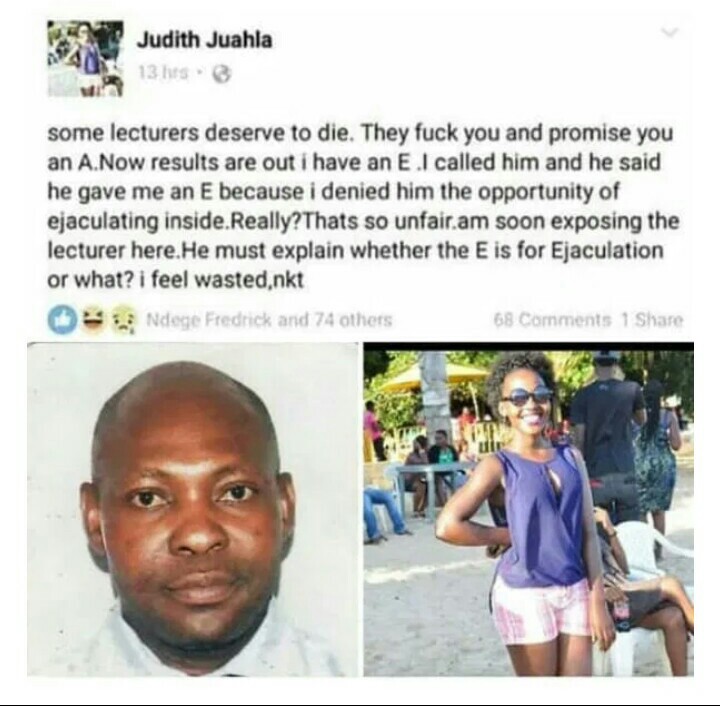 Tracy Sarckess replies a fan who says she has flat backside