Under the MOU, Coastal Railway Network Limited is ready to offer its professional skills and financial capacity to undertake the construction of the 570-kilometre rail project on a Build, Operate and Transfer (BOT) basis. 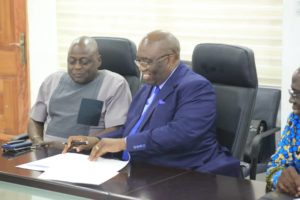 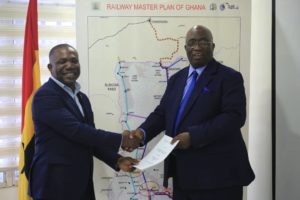 The Ministry as part of its strategy of developing a nationwide modern railway network seeks an effective collaborative partnership with private sector investors.

The proposed Trans-ECOWAS railway line, a standard gauge line, will commence at Aflao in the East, at the border with Togo and will head towards the West, along the coast of the Gulf of Guinea, connecting towns such as Aflao, Keta, Sogakope, Ada, Tema, Accra, Winneba, Mankessim, Anomabo, Cape Coast, Takoradi, Axim, among others, and terminate at Elubo, at the border with La Cote d’Ivoire. Total length of the proposed line is approximately 530 kilometres. 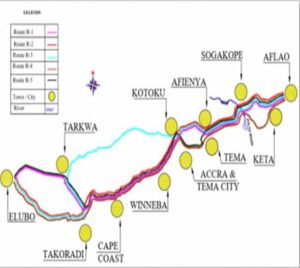 The expansion is in line with the objective of the Economic Community of West African States (ECOWAS) to link all Member States by rail.

The project will result in direct rail connectivity with the neighbouring states, Togo and La Cote d’Ivoire to boost trade and facilitate economic growth and development in the West African countries affected by the project. It will also facilitate the achievement of the broad objective of the Union of African Railways to link member countries by rail. 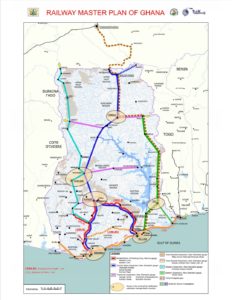 The Trans-ECOWAS railway line when completed will boost socio-economic activities of towns along the corridors of the line.

Meanwhile, the Ministry of Railways Development on 19th December, 2018, engaged the services of a consultant, Messrs M.R. Technofin Consultants Limited to undertake feasibility studies for the development of the Trans-ECOWAS railway project.

The feasibility study involves economic, financial, social and environmental assessment of the proposed line, mapping-out the right-of-way and the development of a business case to attract investments towards the development the line.
The studies are expected to be completed by the end of 2019.

The Minstry is also negotiating with an EPC + F contractor to construct a section of the Accra to Cape Coast section of the line. Subject to a successful negotiations and approvals the project may commenced in 2020.

The undertaking of the feasibility studies by Messrs M.R. Technofin Consultants Limited, the MoU by Coastal Railway Network Limited and the proposed construction of the section of the line is a clear indication that Government is determined to develop the Trans-ECOWAS rail line from Aflao to Elubo.