A promising final year student has died a painful death after being allegedly poisoned just weeks before his graduation.
A final year student of Ambrose Ali University in Ekpoma, Edo State has died after he was reportedly poisoned.
The AAU student idenified as simply as Eddyson, died two weeks before his graduation.
He was said to be full of life before his death.
The deceased’s friend, Johnson CBE wrote in his tribute;
“I see “death” as an essential condition of living. I intend to always ask a fundamental question because of “death”, what’s the essence of living when “death” is sure for everyone someday?, don’t tell me anything about purpose or potential, don’t tell me God knows, don’t tell me about good legacies because “death” will bring all you could ever think and imagine to nothing. It grievs me to marrow that just weeks to graduation this very guy of mine is late today, he was poisoned to death, before they could fix drip and oxygen on him he gave up and it all ended like that. RIP Eddyson.” 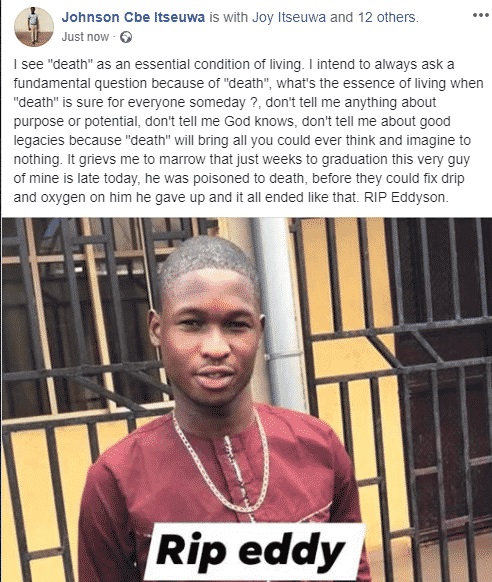 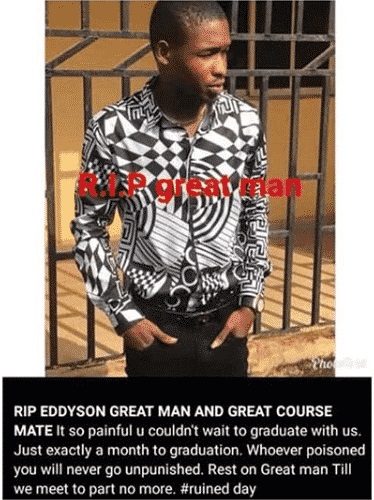