NBC news host, Courtney Kube was interrupted live on TV by her adorable 4-year-old son who she took to work with her.

In the video, Ryan, a twin, is seen touching his mum to get her attention. Mum Courtney, who covers national security for the network, tries to dismiss him while continuing with her report on the serious Turkey-Syria situation breaking out in the Middle East. 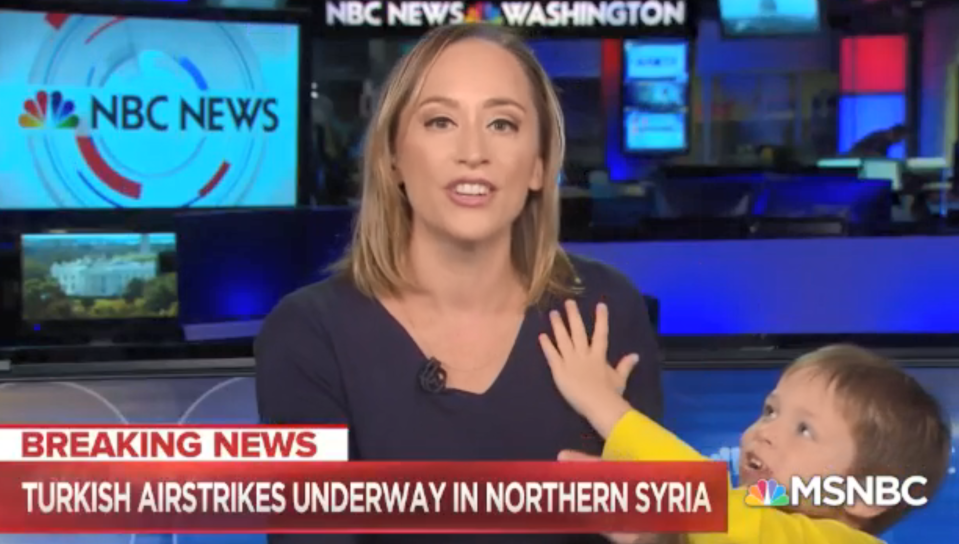 But the boy will not let himself be dismissed that easily.

Eventually, Courtney gives in and says: “Excuse me, my kids are here… live television” – before the screen cuts to a map of Syria and Turkey.

She later explained “breaking news in Syria didn’t line up with preschool drop-off”, so she had to bring her 4-year-old and his twin brother to work.

Watch the adorable video below;